Cool stuff I learned on social media this summer


With the luxury of a month off, I experimented with social media a fair bit over the summer--between long walks on knock-out gorgeous evenings, playing ukulele and singing with my son, and over-indulging at crazy good summer barbeques.

Here are a few of the things I learned while playing with pixels.

Instagram
This is my go-to creative outlet. The community is overwhelmingly supportive. The IG app has undergone three updates since being bought by Facebook. The latest incarnation has brought many cosmetic changes, plus photomaps--ostensibly a way for you to browse and display geo-tagged photos. The mid-August launch saw a rush of people loading their pics to these maps.

I don't geotag--ever--and that makes me an odd person out. But I keep wondering what's in this geo-tagging frenzy for Facebook as it inevitably merges IG with its timeline sometime down the road. While I enjoy FB, I don't want to be any more an accomplice than I already am in its marketing plans. 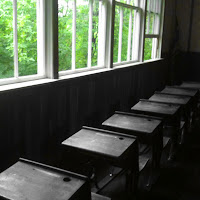 A few weeks ago, I discovered that the daily forum by @joshjohnson (175K followers) is a great way to find great mobile photographers and to get followed by same.

The daily forum is somewhat reminiscent of an #edchat. Not nearly as intense but a superb way to make connections. The rules are usually something along the lines of "like three pics and comment on two for every image you post." I shot this pic at the Mennonite Village Museum in Steinbach, Manitoba. It was one of four winners out of over 6,000 posts on the nightly challenge.

Many serious IGers were looking for the death of the "popular page", because it can be gamed by people who sometimes post vanity shots. But it's still alive, just tucked under the Explore page's now more nuanced search box. And whereas you used to be able to search without getting exposed to suggestive content, alas, not anymore.

In spite of that, the IG creative process and associated apps are such a rush. You can't help but have fun. I'll make a point of reviewing some of my favourite apps in a future post.

If you're already on Twitter, take the plunge and download Instagram. A few weeks on IG and you'll begin to see the world in a different way--to actually look at the sky, appreciate the sunsets, slow down and record the beautiful people and places in your world.

Facebook
The latest mobile update to FB is snappier, prettier, and lets you like comments--something you couldn't do before. Esthetically it's a substantial improvement.

If you're have a corporate fan page, the Facebook Pages app is a must because it will let you manage it right from your mobile device. While you can post pictures right from the iPhone or iPad to your page on the standard Facebook app, Facebook Pages also lets you perform a few other functions like checking your stats plus sending and receiving messages. In order to do that, though, you'll have to be logged into both your FB and FB Pages apps.

There's also a new Facebook Camera app that let's you take, view and post nothing but pictures. When it first came out, many asked, "why buy Instagram and then come out with your own photo-sharing app?!" But Facebook Camera is a different beast, developed before the IG purchase. I use it only to do a quick review of the snaps I've already posted. It's handy if you're looking for a pic and don't want to scroll forever down your, or someone else's, timeline.

tumblr
When it comes to firing off quick, short blog posts, tumblr is incredible for ease of use and for its gorgeous free templates. This site is definitely the extemely visual, colourful, and sometimes seedy underbelly of the blogging world. Its versatility is crazy, its users are legion--and it skews younger than other blogging platforms.

After experimenting quite a bit, I've found a place to fit tumblr into my life--but it's very esoteric. I use it almost exclusively to look up ukulele song covers and it never fails to disappoint. It's so easy to ferret out YouTube content from the scads of posts that hit every day. And these are so fresh they often don't turn up in typical YouTube search. I made this contribution to the ukulele hashtag on a day I was feeling brave.

There is a also a vigorous education community built around tumblr blogs as attested to by @coolcatteacher--the extraordinaryVicki Davis--who celebrated the year anniversary of her Tumblr blog this summer. To wit:


I’ve learned so much from so many of you and now I’m in Tumblr daily. Just looked and have no idea where all these tumblr folks come from. It blows my mind that since March or so, over 10,000 people have chosen to follow this little blog that I just messed around with on the side.

Just wanted to stop and say thank you but also to comment on the awe of what Tumblr is becoming. I love Twitter and Facebook and my first blog at coolcatteacher. Pinterest is cool but Tumblr is action packed and intense. It definitely has a place in anyone’s social media experience.


YouTube
Clarence Fisher aka @glassbeed tweeted that YouTube is the most popular way for kids to listen to and discover new music.* This is so true of my 16-year-old and I. Sure I still hang on to my Mott the Hoople, T-Rex and Bowie albums. But there is so much good music being created, covered and written by young musicians these days, it would be a shame to stay stuck in the past.

How could you ever discover hyperactively fun melodies like this one from We Were Evergreen? Have a quick watch.

Of course, it's not enough to simply use YouTube as a video search engine. Its full value is only evident once you start creating and posting content - and subscribing to other channels. Don't let your account go to waste. Start to create and connect.

And I can't mention YouTube without including a plug for...

iCab Mobile
Sure downloading videos from YouTube is verboten according to YouTube's TOS. But say you're giving a keynote and want to show a couple of clips. Are you really going to trust your brilliant tee-up with the hotel's wi-fi? Exactly.

iCab Mobile is an alternative browser to Safari which also let's you download video to your iPad beautifully. It will take you a few minutes to figure out how to navigate through, save and display videos. But once you do, you'll never be at the mercy of wimpy wireless again. Here's some help.

Bump
Okay, that once-upon-a-time fun app you downloaded a few tech conference ago to swap contact information is now capable of performing something really useful. 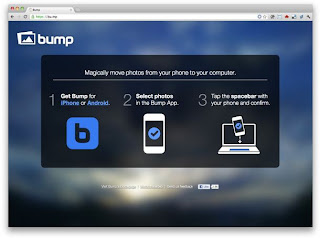 You can transfer photos by tapping iPhone or iPad against the space bar of your desktop keyboard. It works...instantly. So give it a go at https://bu.mp.


Cut already!
Ok, long post, and there's a lot more to tell. But I'd love to hear about your summer on social media. So, tell me, what did you play with and learn?

*Besides being an awesome educator, Clarence is also the mayor of the town of Snow Lake, Manitoba.

The posts and views expressed in Comfortable Tech for Educators are solely my own and I take full responsibility for them. They do not represent the policies nor the views of my employer.

Questions? Glad to help. Send me a quick message.